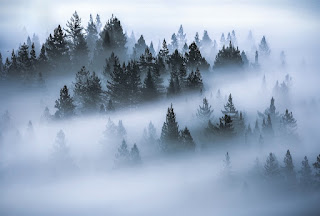 In the fog of pandemic, every statistic tells a story, but no one statistic tells the entire truth. Conservatives seeking refuge in today’s death counts may find, in a matter of days, that deaths are clearly resurging and their narrative is rapidly deteriorating. But liberals, too, should avoid the temptation to flatly reject any remotely positive finding, for fear that it will give succor to the president.


Five Explanations for the Case-Death Gap during Summer 2020 Covid Surge.

!Take them as complementary, rather than competing, theories!

1.     Death- lag. It follows that there should be a lag between a surge in cases and a surge in deaths. Definition of death-lag: a period of time between one event (covid diagnosis) and another event (death from covid). Think of it this way, for many cancers the death lag (time from diagnosis) until the second event, (death from cancer). The death lag is probably the most important thing to understand in evaluating the case-death gap.

More subtly, there can also be a lag between the date a person dies and the date the death certificate is issued, and another lag before that death is reported to the state and the federal government. As this chart from the COVID Tracking Project shows, the official reporting of a COVID-19 death can lag COVID-19 exposure by up to a month.

This suggests that the surge in deaths is coming.

2.     More testing is finding more cases. It is certainly my hope liberals will not “accidentally-on-purpose” ignore this obvious fact.

The simplistic version, which we often hear from the president, is that cases are surging only because the number of tests is rising. Wrong answer…so wrong. The surge in positive results is not because there is more testing, it is because people are partying, socializing, hanging out on the beaches and going to restaurants. The surge is happening because dumb-asses won’t wear a mask because, “err, Ima Merican, whatabout muh rights!” ß That is why cases are surging. Common sense really.

The epidemiologist Ellie Murray has also cautioned that identifying new fatal cases of COVID-19 earlier in the victims’ disease process could mean a longer lag between detection and death. This phenomenon, known as “lead time bias,” might be telling us that a big death surge is coming.

In Florida, the median age of new COVID-19 cases fell from 65 in March to 35 in June. In its latest daily report, the Florida Department of Health says the median age is still in the high 30s.* In Arizona, Texas, and California, young adults getting sick have been driving the surge. Again, the covid cases are NOT surging because we are testing more, they are surging because young people are behaving like a bunch of dumbasses.

If the latest surge is concentrated among younger Americans, that would partly explain the declining death count. Therefore, do not look at the lower death rate as an indication that we “just got better at testing”. No matter the cause, interpreting the “youth surge” as good news would be a mistake. When Trump said, “the new cases prove we are getting great at testing, and I consider it a badge of honor.” [face palm]

Young people still face real dangers to themselves, their families and communities. Young people who feel fine can still contract long-term organ damage, particularly to their lungs. They can pass the disease to more vulnerable people, who end up in the hospital; a youth surge could easily translate into a broader uptick some weeks from now.

So far, we’ve focused on the gap between cases and deaths. But there’s another gap that deserves our attention. Hospitalizations and deaths moved up and down in tandem before June. After June, they’ve diverged. National hospitalizations are rising, but deaths aren’t.

Other countries found the same phenomena. One study from a hospital in Milan found that from March to May, the mortality rate of its COVID-19 patients declined from 24 percent to 2 percent—"without significant changes in patients’ age.” British hospitals found that their hospital mortality rate has declined every month since April.

Finally, it’s notable that mortality declined in Italian and British hospitals when they weren't overrun with patients. This is why flattening the curve is a matter of life and death. As hospitals in Florida, Texas and Arizona fill up, we will see if hospital mortality also increases.

Moving into summer months may have stamped out other illnesses that were weaken our immune system.

As more people wear masks during the summer months, they might come into contact with smaller infecting doses of covid-19. Back in college, I took a course ‘Biology of HIV/AIDS’, what I can tell you is that there is a difference between being exposed to 100 viruses from a sex toy vs. 5 million virus from unprotected sex. The connecting between viral load and severity is undeniable in the scientific community. Being exposed to smaller number of virus gives the immune system much more time to produce antibodies to fight the infection.

Uncertainty is a dark, festering, damp hole in the ground, where political propaganda can breed. Uncertainty is one of the biggest challenges facing Americans today because it is a feeling of being unsafe. “What will happen if I get sick? Who will care for my spouse and children? I am so angry – who can I blame! Blame the Democrats, Blame the Republicans, Blame the Chinese – I am afraid, I am angry I cannot earn a living!”

The summer surge is an exceptionally American failure, born of absent leadership and terrible public-health communication. We know this is a leadership issue because the Obama administration experienced two pandemics: SARS and Ebola. Riddle me this: how did Obama manage to protect thousands of Americans from both SARS and Ebola? What did he do, that Trump failed to do? It is very simple: one president is competent, the other is not. No rocket science there.

When President Trump and others point exclusively to lagging death figures during a surge, they are trying to tell you that America is, secretly, winning the war on COVID-19. But we’re not. In fact, it is so obvious we are not winning this, that a person must be willfully stupid or blind if they can’t see both the American people and the White House failed miserably.